The EU's INTERACT research infrastructure project, which includes some ILTER research sites, has recently been highlighted by the EU as a success story.

The EU is funding a number of infrastructure projects aiming to build environmental research and monitoring capacity. INTERACT is one such project. Its main objective is to build capacity for identifying, understanding, predicting and responding to diverse environmental changes throughout the wide environmental and land-use envelopes of the Arctic. INTERACT has its origins in the earlier SCANNET network of circumpolar research stations. Several ILTER sites in northern latitudes are included in the project, including European sites such as Kevo, Oulanka and Kilpisjärvi (Finland), Abisko (Sweden) and Cairngorms (UK). The Toolik region in Alaska, USA, is also included. There are 33 INTERACT stations in total.

INTERACT has been running since January 2011. In recognition of the achievements made to date, the EU has recently featured the project on a list of success stories, alongside other European infrastructure projects.

The Arctic is so vast and so sparsely populated that environmental observing capacity is limited compared to most other latitudes. One of INTERACT's major successes has been to operate a transnational access scheme, allowing many researchers to travel to the Arctic and make use of the project's research facilities. Work is also on-going to share best practice in station management and to develop new research methods for use in remote locations. 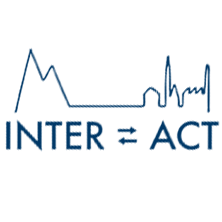