The ESFRI 2018 Roadmap identifies new Research Infrastructures (RI) of pan-European priority and, as announced previously, eLTER RI is among them. These new research infrastructures will be designed to meet the long term needs of European research communities.

eLTER RI's inclusion on the ESFRI Roadmap is a significant achievement for the European ecosystem, critical zone and socio-ecological research communities. It paves the way for the further development and formalization of eLTER RI, the Integrated European Long-Term Ecosystem, Critical Zone & Socio-Ecological Research Infrastructure.

When fully operational, eLTER RI will be a permanently funded and managed, distributed infrastructure of field sites covering European environmental zones. These field sites will be designed to support excellent science on the functioning of our life supporting systems (a whole-system approach, including studies of human-environment interactions and earth’s critical zone).

The RI will provide a range of services to end users, including access to highly instrumented and expertly staffed sites and to their long-term environmental observation data. Additional services, such as data synthesis and modelling, support for research and technological development, and training programmes, will be provided via Topic Centres. The RI will also provide a range of outputs supporting policy and science users, such as information on European environmental trends.

The next step in the process is to prepare a proposal for a Preparatory Phase Project (PPP), which will develop key components of eLTER RI such as the legal entity, governance structure, Head Office, Topic Centres, the standard observation programme, the physical network of LTER Sites and LTSER Platforms included in the RI and the services that the RI will offer to users. The requirements of a wide range of stakeholders will be considered in this process, for example, to take account of emerging strategies in European environmental monitoring.

The eLTER ESFRI process is led by the German Helmholtz Centre for Environmental Research (UFZ) in close cooperation with the Environment Agency Austria (EAA) and with support of the German Federal Ministry of Education and Research. 17 countries supported the eLTER RI ESFRI application politically and 161 research institutions in 27 countries signed the scientific MoU of the eLTER RI. 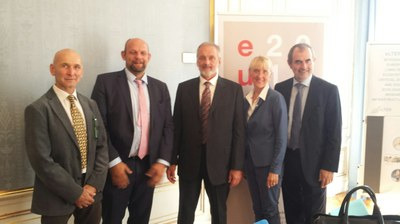 ESFRI Chair, Giorgio Rossi presented the 2018 ESFRI Roadmap at the invitation-only meeting on 11th September. The coordinator of eLTER RI, Michael Mirtl, introduced the basic outline of eLTER. During the event, invited participants discussed about the prospects and challenges posed by the new Roadmap. This conference was part of a series of events marking the Austrian Presidency of the Council of the European Union. It is organised by the Federal Ministry of Education, Science and Research, in close cooperation with ESFRI and the European Commission. 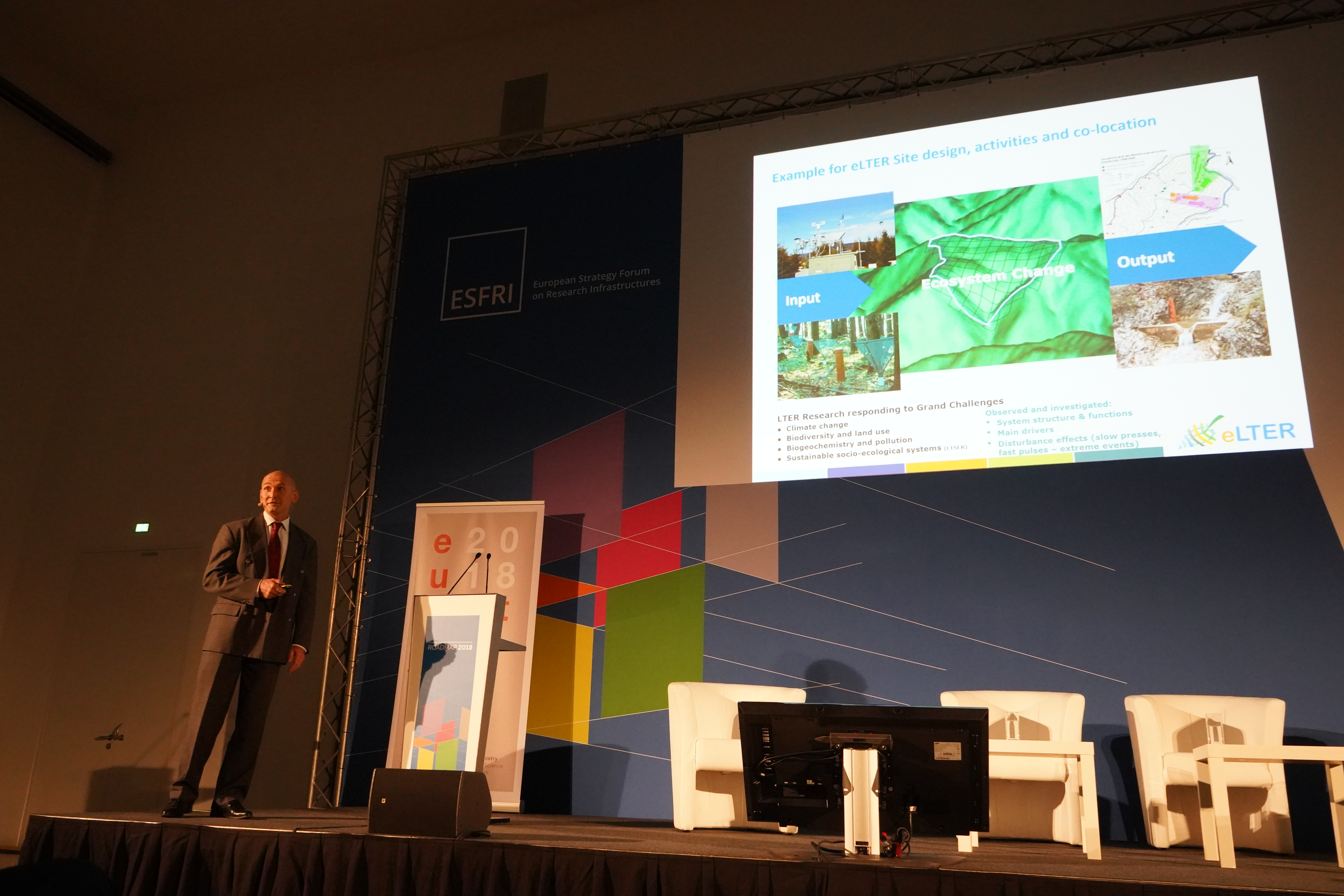