Is there life on Jupiter's moon Europa? An ocean suspected to be under miles of ice gives science hope. But how might it be reached and explored? In March, a six-person research group from the Robotics Innovation Center of the German Research Center of Artificial Intelligence (DFKI) spent two weeks at Abisko Scientific Research Station.

Their goal was to test an autonomous underwater vehicle (AUV) beneath the ice of lake Torneträsk. The researchers are working on developing a robot that can independently explore the water and stay below the surface for an extended period of time. The technology will be used to explore the subsurface ocean on Jupiter's moon, Europa.

A primary objective of the field trials was to test the AUV’s docking behaviour with different levels of autonomy, and the AUV spent about 50 hours actively in the water. The docking station will serve as a "home base" for the AUV during long-term missions, and this is where it can recharge and transmit data. The team looks forward to returning to Abisko in a few years to expand their tests on autonomous under-ice navigation.

You can read more about the project and find cool underwater photos and videos from the AUV on the German Research Center for Artificial Intelligence website. 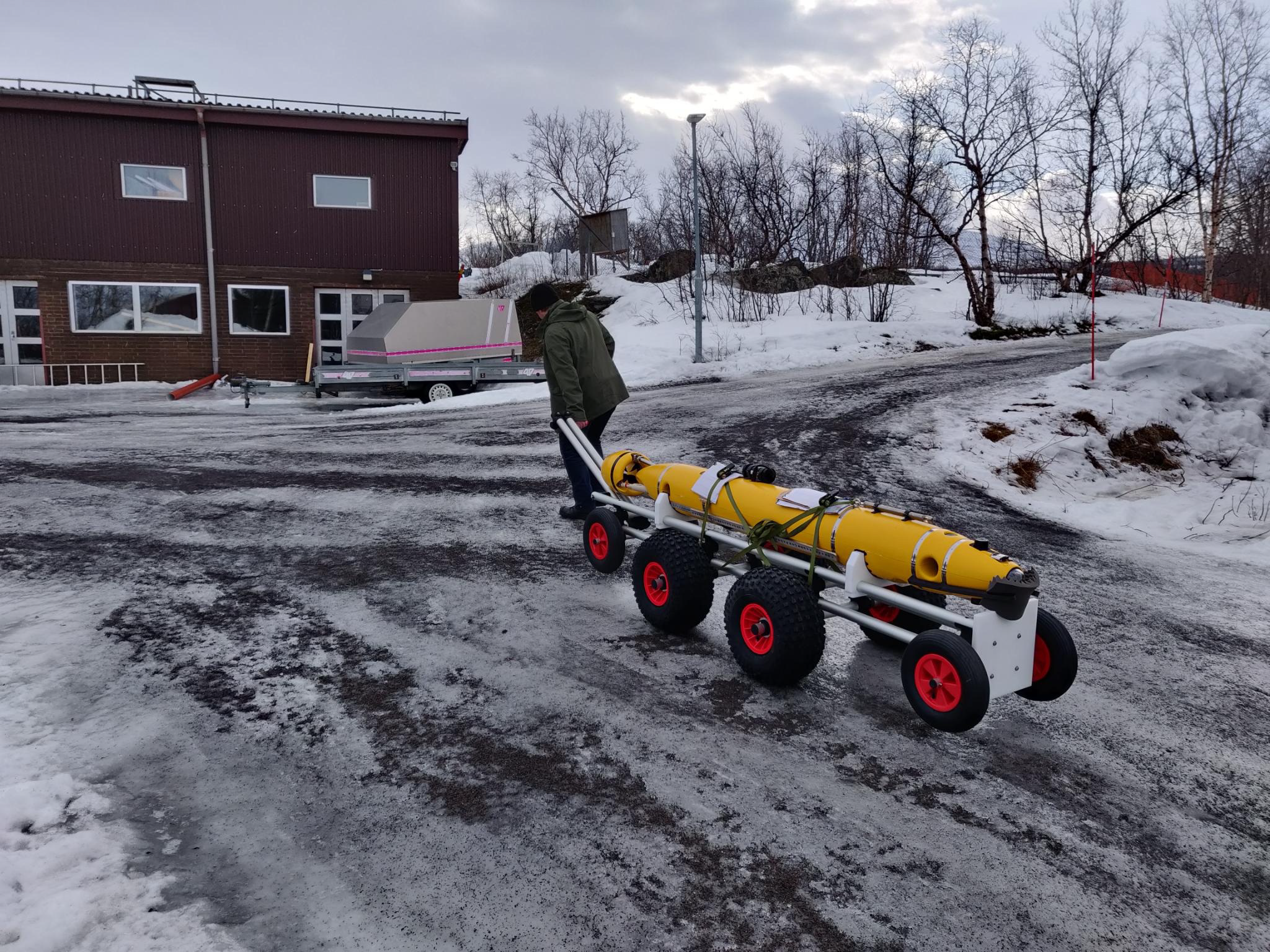