The trend towards increased climate extremes in the Central Apennines (Central Italy), already documented in Petriccione & Bricca (2019) (doi:10.3897/natureconservation.3430218) is clearly confirmed by the latest field data collected in September 2022 at the LTER Italy Gran Sasso d’Italia site between 2100 and 2400 m a.s.l. by ecologists from the Biodiversity Department of the Carabinieri.

As can be seen from the graphs shown above, recorded summer temperatures in 2022 were 3-4 °C higher than in 2021, with winter temperatures 3-4 °C lower, due to the presence of snow cover for only two months instead of the four to five months in 2021. The trend towards extreme annual temperature ranges and shorter periods of snow cover is increasingly confirmed by data collected over the last ten years at all LTER Italy high-altitude sites in the Central Apennines. 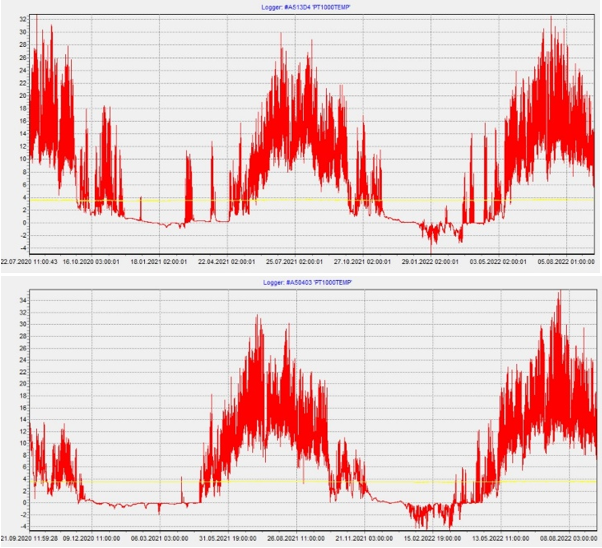